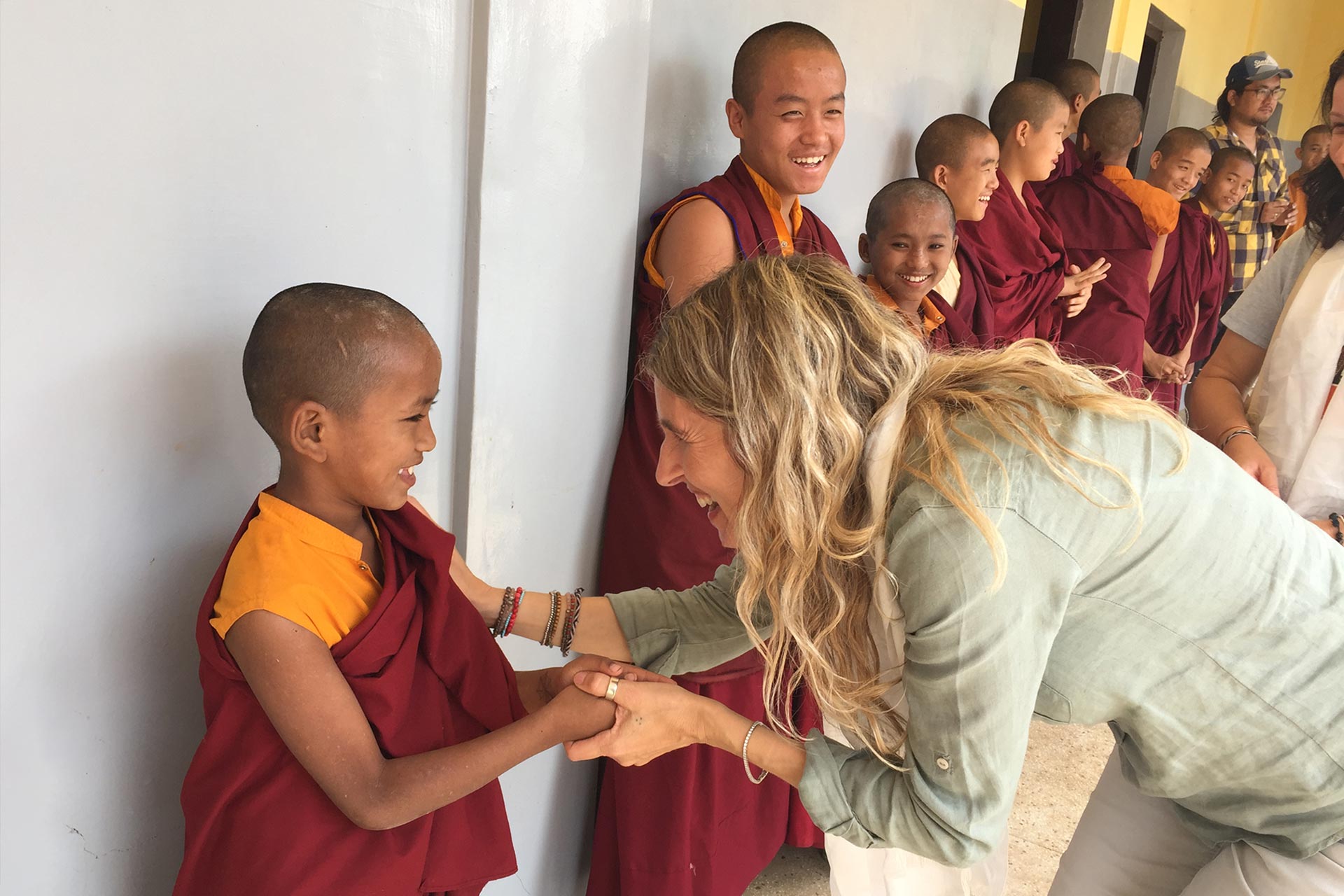 Valeria Peroni’s love for India has deep and distant roots.

It started when she was just a curious kid, eager to discover different realities and lifestyles.

It started when she first heard the sanskrit word NAMASTE and learned that that magic spell-sounding greeting you perform with folded hands and a bow means “I salute the divine that resides in you”. Valeria is fascinated by this world and she dreams of visiting it one day, when she’ll be older.

Once she’s a young woman her dream becomes reality as she leaves for India with a friend. A six-month trip increases her passion towards this country filled with contradictions. It is an extremely poor country. However, despite that, everyone smiles at Valeria and everything is considered to be sacred: the precious rivers, the mountains, cows, who experience an uncommon freedom… Even cockroaches and ants, seen as infesting by us Westerners, are respected and adored.

What inextricably ties Valeria to this country happened a few years later though, in 2001, while she was on yet another trip around Northern India, this time accompanied by Lorenzo, her partner. They met a child, hungry and dressed in rags, who insistently asked for some food. Valeria and Lorenzo fed him, and in that moment they realised that feeding that poor child was not enough to them: they felt the need to take concrete actions in order to make sure as many children as possible could lead a decent life.

This is how their commitment to volunteering with SIDARE begins, a social promotion association whose headquarters are in Pianezze (VI), and of which Valeria is Vice-President. It is a wonderful group of people who, thanks to several initiatives, promotes long-distance sponsorships and supports the realisation of projects that significantly improve impoverished families’ living conditions in India and Nepal. Over the years, a lot of children have been sponsored and many projects, such as schools and medical facilities, have been carried out thanks to SIDARE.

We are incredibly proud to be part of this wonderful association, in the next posts we’ll tell you about some projects we particularly take pride in!